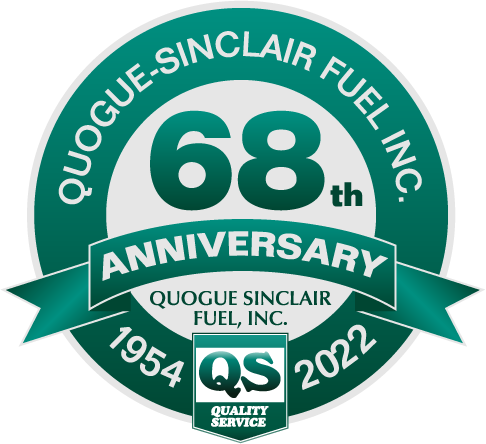 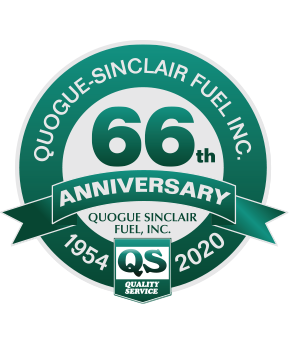 Quogue-Sinclair is proud to provide all our customers with Bioheat® fuel, a clean, green, and renewable fuel that is revolutionizing the American energy industry.

We deliver B20 Bioheat® fuel, a 20% blend of renewable biodiesel and ultra-low sulfur heating oil. Quogue-Sinclair is one of the only heating companies on the East End currently providing this high-level blend of biofuel to all customers, putting us and our customers at the forefront of the clean energy movement.

On September 13, 2017, New York Governor Andrew Cuomo signed Senate Bill 5422A that set a 5% standard (B5 Bioheat® fuel) for Nassau, Suffolk and Westchester counties to match New York City; and in December 2021 Governor Hochul made B5 Bioheat® fuel the standard for all of NY, with blends increasing to B20 by 2030. Quogue-Sinclair customers are already receiving B20 Bioheat® fuel, reducing their carbon emissions and helping to save the environment.

Bioheat® fuel has many different benefits: it is renewable, it supports the American oil economy, and it is helping to create a cleaner environment for us to live in, with virtually no emissions. This all adds up to superior home comfort and service for you, the consumer.

Bioheat® fuel is made by combining ultra-low sulfur heating oil with biodiesel, which is created from renewable resources such as recycled cooking oils, soybean oil, peanut oil, sunflower seed oil and other feedstocks. The fats and oils used for biodiesel are all co-products or byproducts of agriculture. For example, soybeans are grown primarily as a high protein meal for livestock and human consumption. About 20% of that soy is a co-product, in the form of oil. This oil can then be used to create biodiesel. Bioheat® fuel burns at a highly efficient rate, and its inclusion of renewable resources ensures a bright future of continuous use and benefits.

Resources such as soybean oil and other agricultural co-products are grown in the United States, allowing the fuel to be produced domestically, which reduces our dependence on foreign oil and supports our nation's farmers. In addition to sustaining current jobs, Bioheat® fuel’s production and refinement creates new American jobs, and helps strengthen the U.S. economy. According to a recent economic study conducted by MyBioheat.com, one year’s biodiesel production can support more than 31,000 U.S. jobs and generate an income of nearly $1.7 billion to be circulated throughout the economy.

Bioheat® Fuel and the Environment

Bioheat® blend with 2% biodiesel is referred to as B2, and a blend with 5% biodiesel as B5. At Quogue-Sinclair, we are ahead of the industry and any local or regional standards by delivering B20 Bioheat® fuel, containing 20% biodiesel. This blend emits virtually 0% sulfur, and dramatically cuts down on the release of other airborne pollutants and greenhouse gases, especially carbon dioxide. Studies show that B20 blends have reduced sulfur oxide emissions by as much as 80% or more, and that they are significantly lower in greenhouse gas emissions (GHG) than natural gas when evaluated over 100 years. In fact, even B2 blends are lower in GHG emissions than natural gas when evaluated over a 20-year period.

Bioheat® fuel produces lower emissions than petroleum diesel, and unlike most fuels, biodiesel actually has a positive energy balance (a ratio of energy needed for biodiesel production to return energy). Recently published studies from the University of Idaho and U.S. Department of Agriculture show that for every unit of fossil energy needed to produce biodiesel, the return is 5.54 units of renewable energy.

What This Means for You, the Consumer

Most importantly, Bioheat® fuel makes the process of heating your home cleaner, more efficient, and more convenient than ever before. Bioheat® fuel is extremely versatile. It is completely compatible with existing oil burners, furnaces, and tanks, so there are no costly modifications or retrofitting to your current equipment needed. Plus, Bioheat® fuel can actually improve the performance of your system. Because of its high lubricity, Bioheat® fuel may extend equipment life and can help remove harmful components in your heating system, which means less maintenance. Bioheat® fuel is also cost-competitive with conventional oil, so these wonderful benefits don’t come at a higher price.

Perhaps best of all, New York State will pay you to use Bioheat® fuel. Bioheat® fuel consumers who live in residential buildings, including single- and multi-family homes, apartment buildings, co-ops and condos are eligible to receive the New York State Clean Heating Fuel tax credit of up to 20 cents per gallon (one cent for every percentage of biodiesel used in the blend, minimum 6%, up to 20 cents). Quogue-Sinclair customers may be eligible for the maximum tax credit of 20 cents for every gallon of B20 Bioheat® fuel delivered to them. This tax credit has been in effect since 2012, and has been extended to January 1, 2023. It may even be credited retroactively.

Contact us today for the information needed for your tax credit. We will tell you the percentage of biodiesel included in your fuel, and supply statements documenting how much fuel you've consumed. To receive your tax credits, you must file NY State Form IT-241 along with your income tax return. Please consult with your accountant or tax professional.

For more information on Bioheat® fuel, how it’s made, and how it will continue to benefit you for years to come, visit Oilheatamerica.com, MyBioheat.com and Todaysbioheat.com. 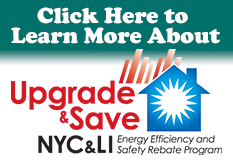